Eastern Wisdom Western Heart is a term to bring together the spiritual riches of Eastern and Western spirituality into our lives in a meaningful way. In 1993, the World Parliament of Religions that convened at the Palmer House Hotel in Chicago celebrated 100 years of the world’s spiritualities, informing one another in the west. While Swami Vivekananda’s famous address officially marked this influence, many other swamis and monks, including Fr. Thomas Merton and Fr. Thomas Keating (both Trappist monks) and Swami Yogananda and Swami Satchidananda contributed much to this process, which is ongoing.

You and I need to pick up where they left off and continue the work that is intended by divine design. The Age of Pisces, in which religious traditions developed identities in contrast to one another, is giving way to deeper relationships between cultures within the individual, breaking down barriers and expanding spiritual awareness. Although degree and method of integration vary from person to person, inter-spirituality is now itself a recognized path and is paving the way for the spirituality of the future.

Eventually, it comes down to people. There are good humans in all cultures, as well as saints in every tradition. There are people in all traditions who fall short of the ideals of that tradition, and those who commit inhuman acts or engage in bad behavior. The bad behavior of some of its adherents should not discredit religion as a whole. However, when there are certain aspects of a tradition that consistently produce harmful effects in societies over time, we should be willing to address them.

The Dalai Lama once said that we should be ready to make changes in our scriptures, when necessary. My wife Asha and I were just 20 feet away from him when he declared this at a gathering of 5000 people at Chicago’s Grant Park for the 1993 Parliament of World Religions. He was surrounded by leaders from all of the world’s religions, so they heard him. While we cannot expect religious leaders to make such changes right away, His Holiness, the Dalai Lama, set the stage for the future. How extraordinary it would be if those parts of scriptures that incited violence and discrimination and gender bias were to be removed altogether.

In the last 30 years, since my wife and I arrived in America, we’ve seen the integration of east and west become stronger with each passing decade. Our mentor, the renowned Benedictine monk, Bede Griffiths, was an Englishman who made his home in India having first gone there to find “the other half of his soul,” as he wrote in his “Return to the Center.” Bede’s seminal work was furthered by our close friend Wayne Teasdale who coined the term “inter spiritual” as a form of emerging spirituality in our times through which adherents feel called authentically to more than one tradition. In other words, they are faithful and go deep into the well of more than one spiritual tradition. My wife Asha, and I follow this path, too.

The well-known quote, “East is East, West is West, and never the twain shall meet,” no longer holds in our world of cultural and entrepreneurial globalization. People often attribute these words to Mark Twain; they were, however, written by Rudyard Kipling. Twain actually traveled to India, a journey that quite impressed him. He found India “older than history” and “older than time.” We are in India at this moment, on our 22nd Journey To Find The Other Half Of The Soul, our annual pilgrimage and retreat where we stay at Bede’s ashram on the banks of the holy Cauvery river in Southern India.

Globalization, from which there is no turning back, has always been happening spiritually. Take the Silk Road that passed through Capernaum, the region where Jesus did much of his teaching. The Road also passed through Alexandria, where the legendary library in Egypt once stood before the time of Jesus. Spiritual ideas and practices traveled that old route and found their way into communities of the middle east. And, most likely, the other way back as well.

We tend to think that the major religions of the world developed in isolation to one another. They did not. Proponents and practitioners were continually pushing the boundaries, traveling, opening to influences outside their traditions, and growing and developing their inner experience while fortifying their faith.

Often, opening to other practices only serves to deepen our faith and commitment to our tradition. It was this spirit that inspired the inter-religious dialog movement after the second Vatican council. Bede Griffiths, Wayne Teasdale, and now many others in the interspiritual movement, explore this with heightened sensitivity while standing on the shoulders of these pioneers.

Eastern Wisdom Western Heart is an attempt to explore interspiritual dialog through music and chant instead of through talk and discussion. Join us live and online or live at the Kripalu Center For Yoga and Health this Easter. 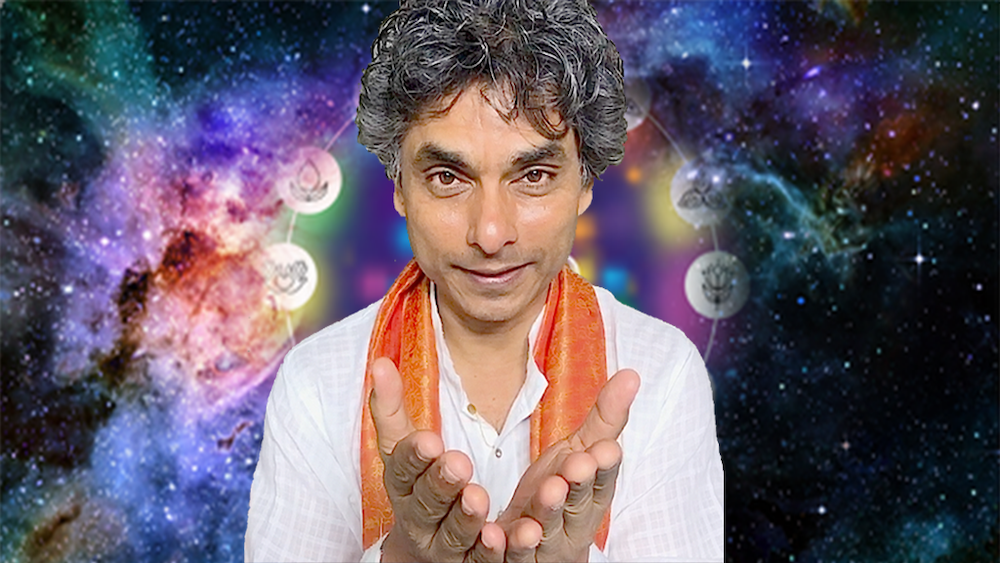 Join our Yogic Mystery School email updates for free webinars, replays, alerts to spiritual practice blogs, teaching videos, mantra meditations, and special offers on our online programs and live events. We strive to create value in every email we send out, and limit our communications between 8 and 10 short emails a month. Privacy Policy

You are almost there …

Please check your inbox to confirm joining my email list. This prevents others from misusing your email address.

If you do not find the confirmation email in your inbox, look in your spam folder, or gmail promotions folder. It will be from: “russill@russillpaul.com”